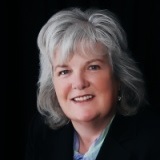 Dee is from Grays Harbor but began her financial advisory career in 1996 at an investment banking firm on Wall Street. From 1997 to 1999, Dee earned a position as an Advanced Advisor at American Express Financial Advisors, in New York City.

The next three years, Dee worked at Mutual of New York (MONY) as a Director, recruiting advisors nationally.